The increasing incidence of lifestyle-based conditions—most notably those conditions that impact cardiovascular health, obesity, and blood sugar—has compelled consumers to consider natural solutions for their particular health challenges. According to the Centers for Disease Control and Prevention (CDC), cardiovascular events are a leading cause of death in the United States. And cardiovascular disease can impact people of all ages and backgrounds.

More and more consumers realize that a preventive approach to their health will promote both longevity and quality of life. And natural products are becoming a significant part of the protocol. Additionally, these same consumers are beginning to understand that processed food products will have a negative impact on long-term health. As a result, manufacturers are shifting their focus to formulating functional food and dietary supplement products that contain natural ingredients.

According to June 2015 data from the US Census Bureau, the baby-boomer generation is 75.4 million people strong. Many are now entering retirement. As the invincibility of youth gives way to middle-age decline, and then to the reality of aging, cardiovascular health remains a focus of many “boomers.” Everyone understands the importance of eating nutritious foods. A healthy diet impacts weight, energy level and, ultimately, cardiovascular health. However, in this day and age of mostly processed foods, what are we really putting into our bodies?

According to the Office of Dietary Supplements at the National Institutes of Health, one in three American adults takes at least one dietary supplement each day. And 50% take a multivitamin daily. Overall, in 2015, Americans spent more than $21 billion annually on vitamins and minerals. And heart health supplements top the list. They range from fish oil to flaxseed oil to artichoke and garlic extracts. Is there any evidence that these really work? Can they really lower LDL (bad) cholesterol or triglycerides – or raise HDL (good) cholesterol? Which supplements should you consider taking for cardiovascular benefits? Cholesterol oxidation in the arteries causes the buildup of LDL cholesterol, which, in turn, causes the arteries to narrow, increasing the risk for a cardiovascular event. Although the process is complex, health professionals believe that oxidation starts slowly when certain factors damage the inner layers of the arteries. Over time, the arteries harden and begin to narrow, which restricts the normal flow of fresh, oxygen-rich blood.

High LDL, or “bad,” cholesterol is a major contributor to oxidation. It deposits in the arteries, where oxidation occurs. Eating a diet low in saturated fat, cholesterol, and trans fat can help reduce this bad cholesterol. Conversely, consistently high blood pressure can weaken and damage arteries, promoting oxidation. High blood pressure has no symptoms. For those at risk, it’s important to get it checked regularly. If blood pressure is higher than 140/90 mm Hg, talk with your doctor about strategies to lower it.

Additionally, blood sugar can significantly increase oxidation. As a result, lowering LDL cholesterol is the key for diabetics and other people who have challenges managing their blood sugar. Blood sugar issues pose a significant risk to cardiovascular health because it can offset the balance of good and bad cholesterol in the body. This can contribute significantly to clogged arteries. The good news is that by aggressively lowering LDL levels, a person with blood sugar management challenges can reduce his or her risk of a cardiovascular event by 20% to 50%.

Having additional risk factors doesn’t necessarily mean you will develop serious cardiovascular problems. But it does mean you may need to be more aggressive in managing cholesterol to prevent problems from occurring. In addition to making important lifestyle changes such as eating a diet low in saturated fat and cholesterol, exercising regularly, losing weight, and not smoking, a doctor may recommend a lower target for your LDL, or “bad,” cholesterol. Those at risk for oxidation, including genetic predisposition, should aim for an LDL of 70 mg/dL.

Finally, as we get older, the likelihood of oxidation in the arteries’ increases. This is especially true for men older than age 45 and women who have gone through menopause, which is usually around age 55. Women’s risk for cardiovascular issues increases at this time because their estrogen levels drop. If women go through menopause earlier, they may also develop arterial problems earlier.

In addition to an increased threat to cardiovascular health, the likelihood of developing health conditions that contribute to the arterial health also creeps up with age. These include high cholesterol, high blood pressure, and high blood sugar. Also, if there is a hereditary component to your cardiovascular profile, there is a greater chance of it being passed from generation to generation. This is especially true if family members had heart attacks or other incidents at an early age.

Keep in mind that as you age, developing high cholesterol and other risk factors is inevitable. There are healthy lifestyle habits, including eating a good diet, exercise, and maintaining a healthy weight that can help reduce the risk. It’s also smart to work closely with a doctor and watch for possible risk factors. Many health professionals recommend getting cholesterol levels checked every five years beginning at age 20, and more often after age 45.

The good news is that certain supplements really do promote cardiovascular health – and have been clinically validated. There are several very effective supplements for heart health. Three good examples are:

CoQ10 is one of those all-encompassing dietary supplements with both general health benefits (e.g., anti-aging, antioxidant) as well as specific health applications (e.g., cardiovascular health, stable blood sugar, etc.). It is a fundamental component in energy production, immune response, and protection against damage by free radicals. Free radicals are produced in the body and will damage all cells, including arterial walls, nerve tissue, and organ lining. Moreover, environmental toxins that enter into the body can also cause damage and increase oxidant levels, allowing a further breakdown of our bodies’ cells and repair mechanisms.

Co-Q10 is part of the mitochondrial electron transport system and is synthesized in all cells. It is essential to the body’s production of energy in the form of adenosine triphosphate (ATP). This holds special importance for the heart, which is loaded with mitochondria and has the body’s highest concentration of Co-Q10 because of the significant demands made upon it.

However, aging reduces access to Co-Q10. Although it can be obtained from the diet (mainly from fatty fish, organ meats, and whole grains) as well as synthesized in small amounts, both of these routes decline with age. The body’s declining capacity absorbs and assimilates Co-Q10 from supplements in later years plays a role in the development of various cardiovascular conditions.

“Ubiquinol” is the reduced form of CoQ10 and the most highly absorbed. It is directly used in human metabolism as a lipid-soluble antioxidant. While standard CoQ10 (ubiquinone) supplements can be converted into ubiquinol in the body, this conversion can be less efficient in some individuals, based on age, genetics, blood sugar status or level of oxidative stress.

The mainstream media has been reporting on the benefits of fish oil for years. Studies have shown that the Omega-3s found in fish oil promotes cardiovascular health, cognitive health, joint health, optimal blood sugar levels, etc. The cardiovascular benefits are especially compelling.

Omega-3s can be found in flaxseed, walnuts and a few other foods. However, the most beneficial form of Omega-3s, containing 2 fatty acids – EPA and DHA – can be found only in fish. But most people do not eat the required 2 to 3 servings of fatty fish per week; hence the popularity of fish oil supplementation. Be sure to take fish oil products from companies that follow strict procedures to eliminate environmental contaminants, in order to assure the highest purity of its fish-oil supplements.

Additionally, a diet low in magnesium has been linked to increases in the inflammatory process. While some inflammation is necessary to support normal immune function and tissue repair after injury, chronic and low-grade inflammation has increasingly been tied to increased risk of heart challenges, obesity, and blood sugar issues.

Furthermore, Magnesium is a co-factor for more than 100 enzymes involved in the control of blood sugar and glucose metabolism. As such, low magnesium would be expected to have wide-ranging adverse effects on blood sugar control. Researchers have been able to demonstrate both worsening blood sugar in individuals with low magnesium status and improvements in blood sugar when these low levels begin to normalize. Certain supplements will help significantly improve cardiovascular health. There is no denying this fact. I highlighted a few above. In addition, there is another relatively unknown ingredient that is supported by new science that provides compelling antioxidant properties and powerful cardiovascular health benefits. The ingredient is Flavonoid Root, in the form of a unique extract that comes from this natural ingredient.

Recently, the results from a double-blind, placebo-controlled study were published in the scientific journal Food and Nutrition Research . The study examined the effect of a unique Flavonoid Root extract on the thickness of the artery wall (carotid intima-media thickness or CIMT) in individuals with increased oxidation in the arteries. CIMT is considered a strong biomarker of overall cardiovascular and arterial health.

People with increased oxidation, total cholesterol greater than 240mg/do, were randomly allocated to 2 groups as follows: an experimental group that received 200mg of the Flavonoid Root extract and a placebo group. 110 participants were initially allocated to the 2 groups. After some withdrawals, 94 subjects ultimately completed the trial. After 1 year, the study yielded the following results:

These results were extremely compelling. Following one year of Flavonoid Root extract consumption, mean CIMT, total cholesterol, LDL levels, and blood pressure decreased. This suggests that this ingredient may attenuate the development of oxidation and of related cerebral vascular issues.

Cardiovascular health continues to be an area of concern for health professionals. However, based on recent science indicating the efficacy of Flavonoid Root, and additional bodies of research successfully testing other compounds, it is clear that there are natural solutions that indeed minimize oxidation for healthier arteries. This science of antioxidant supplements will continue to progress so that the future will be brighter for Baby Boomers and their heart health. 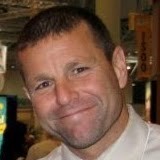 Mark Becker is the EVP, Sales and Marketing for Allied BioNutrition Corporation, a biotechnology company based in Las Angeles, CA. He has written more than 300 articles and has hosted or been a guest on more than 500 radio shows. He obtained a bachelor's in Journalism from Long Beach State University and did his Master's work in communications at Cal State Fullerton. For almost 30 years he has participated in numerous endurance events, including more than 150 triathlons of Olympic distance or longer, 100 marathons, and numerous other events including ultramarathons and rough water swims from Alcatraz to the mainland. He has relied on a comprehensive dietary supplement regimen to support his athletic, professional, and personal endeavors. Follow Mark Becker on Twitter @AlliedMbecker or reach him via www.AlliedBioNutrition.com.